A Top Gear shoot from an early issue of the magazine in October 1997. Clarkson driving a Jaguar XJR…not fast. This was actually shot in his driveway, with the car doing about 5 mph and me walking beside the car with my trusty old Mamiya RB. 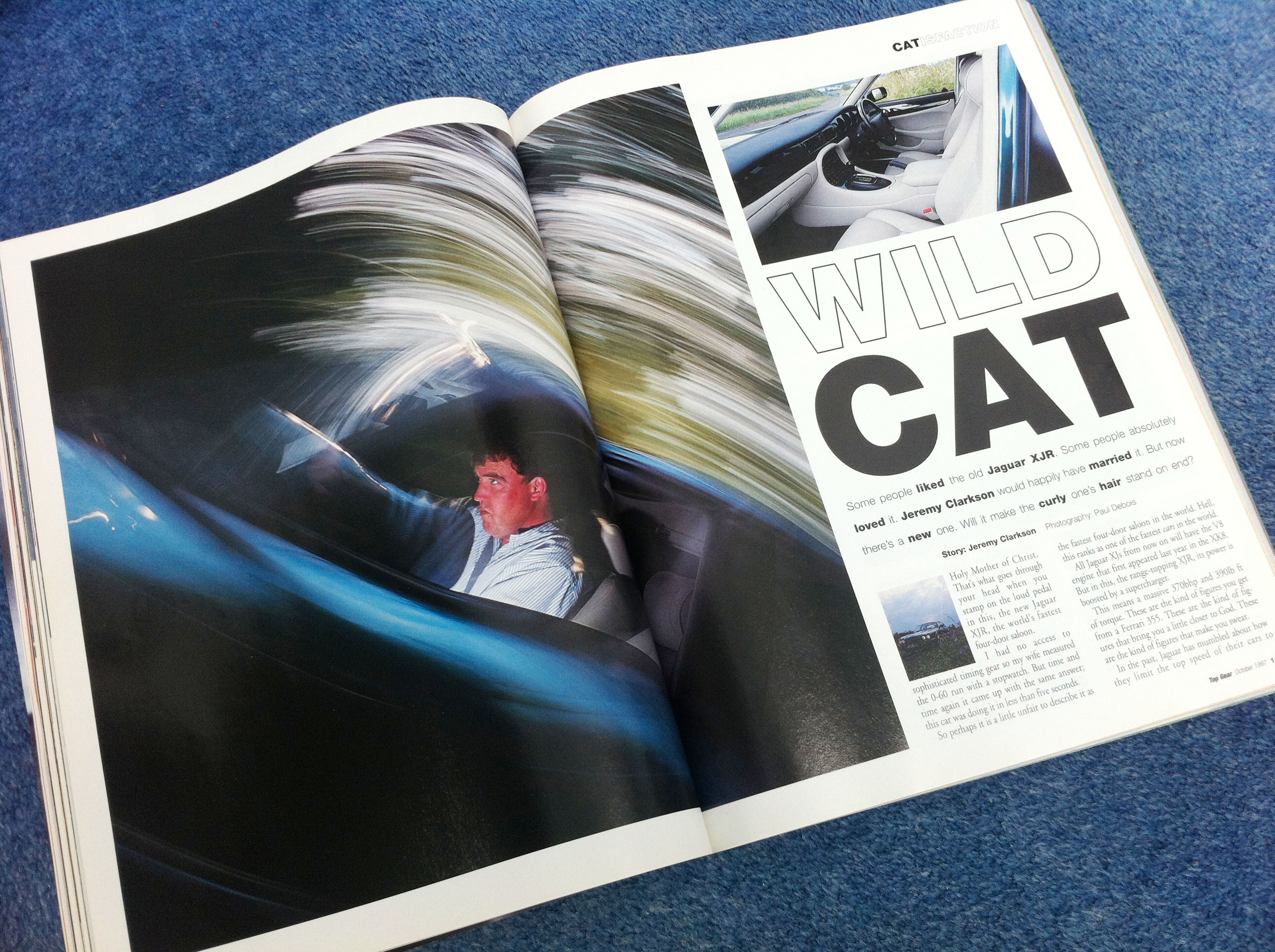 Kimi Raikkonen’s win at the Australian GP yesterday got me thinking about the last win for Lotus in an F1 race. I was reminded about a victory in 2012. But before that you have to go back to 1987 and Ayrton Senna at Detroit. Nice to see this team with a competitive car again.

I couldn’t resist going through my archives to find these images of a Lotus 49…the car driven by both Jim Clark and Graham Hill. This particular car was driven by Hill. They are stills from a Top Gear shoot in 1997, with Tiff Needell at Snetterton. (See the clip on You Tube)

Strange how with the passage of time you start to look back with rose tinted spectacles. Three times over the last week I have had conversations about missing the routine of hanging round a film lab after a shoot. For me it was pretty much a daily occurrence, though at the time, I saw it as a real inconvenience.

The last E6 film I had processed was on 21st December 2004. I remember the shoot vividly. A freezing cold day at the Top Gear test track at Dunsfold. Forward 24 hours and a phone call from my lab… “There’s a problem with your action shots”.  “Are they a bit dark?” I asked. “No, only about four shots have come out on each roll”.

I immediately left the Christmas party I was at and headed to the lab in Richmond. Three rolls of film were on the lightbox. Most frames had just half a car. Shutter failure.  My trusty 14 year old EOS 1 had finally given up. The final straw. Digital beckoned.

Even Steve the E6 manager, who was part magician, part agony aunt, couldn’t help. He was usually there to reassure me with a cup of coffee. “Push that half a stop and it will be fine,” he would say. And he would be right. I frequently ran clip tests – a couple of frames cut off and processed for assessment before running and correcting the remainder of a roll. (See below). Not even he could work his magic this time.

Luckily there were enough useable photographs to salvage the job, which required action images to run over a DPS. More fortunately,  I had used another camera for the rest of the shoot, so nothing else was effected.

Rose tinted spectacles? I went back into a pro lab for the first time for many years last summer. The slightly sweet smell of the warm chemistry, combined with filter coffee did bring back some fond memories. I suppose the time spent at a lab was a debrief session, where you caught up and gossiped with other snappers. This still happens, but in isolation, like much communication now, via  email or Twitter. So would I really turn the clock back? No. For a lot of things, digital is too good.