Last week I visited the new Eadweard Muybridge exhibition at Tate Britain. On leaving the gallery, I saw a note on the foyer wall saying visit the cafe and download the Muybridgizer app for your iPhone. I wanted it. But it wouldn’t download. I went home – no joy. I wanted it more. Several Google searches failed to find it. Did it really exist? Were the staff at the Tate pulling a fast one? Then I tried to convince myself that it probably wouldn’t be any good. This didn’t work. I still wanted it!

Finally, today it was there in the iTunes store. I rushed out with my iPhone to test it. Was it worth the wait? Probably not, but it’s quite addictive and fun to play with. So, my first results: 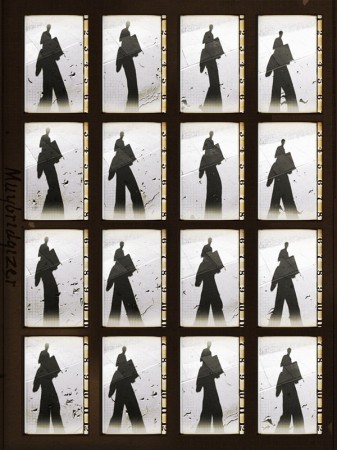 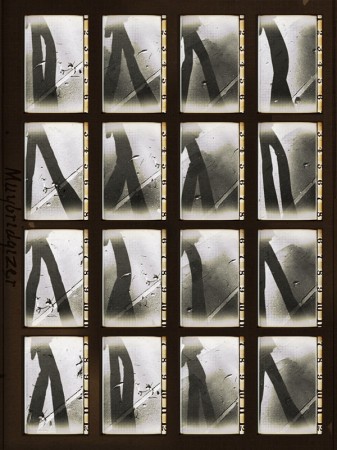 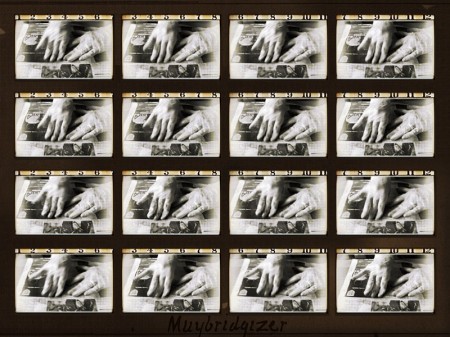 The exhibition was fascinating. There was a wide range of work on display and a lot was new to me. Before his experiments with time sequences, Muybridge made a lot of money in the United States from some of his landscape photography, particularly with stereographs. These were small cards with two photographs of the same subject, each from a slightly different perspective. Seen through a handheld viewer, the photographs were transformed into a 3D image. He also frequently worked with an 18×24 inch plate camera, and it was noted at the time that he cut trees down by the score in the quest for the perfect view! This has crossed my mind on more than one occasion in Richmond Park. It’s not specifically mentioned in the permit terms and conditions, so I assume it’s open to debate with the Parks Police.  Worth a go next time.

My favourite image, by far, was one of the sequences. Not one of the horses or athletes, which had the appearance  of  scientific experiments. Or the lady in a hat, jumping over a stool. Or even model 95, described as a 60 year old ex-athlete, who turned out to be Muybridge himself . ‘Frightening chickens with a torpedo’ must have been one of those tests carried out on a Friday afternoon for the sheer hell of it! It wins hands down for its pointlessness  –  and humour.  Good job Leland Stanford, Muybridge’s patron, had a lot of money. Unfortunately , at the moment, I can’t actually find a link to the image.