I’ve been to the Olympic Park a couple of times recently, photographing some the grounds and landscaping set out by Nigel Dunnett. After one of these visits, I was allowed to stroll through the stadium itself. I just wonder if the red notice is a warning to Mr Rooney! It was interesting to see though. The football pitch seemed dwarfed by the bank of seats, and without the track in place, looked no bigger than a tennis court! 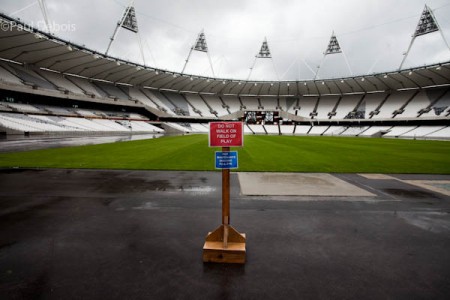 The Olympic stadium during construction